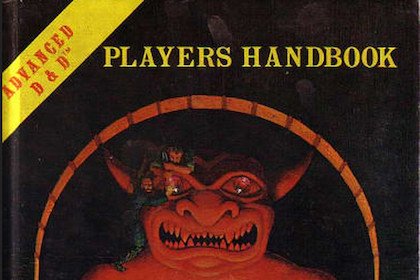 Advanced Dungeons & Dragons has been around since the late 1970s (with previous forerunning versions dating back to the early 70s). I began playing in the spring of 1980. In fact, the very first game I ever played was on a camping trip in May 1980, right as Mt. St. Helens was erupting just 60 miles to the north. I was playing a dwarven fighter with an axe, and there was an orc standing in my way.

Thinking back to the decades I’ve been playing the game, I’ve met a lot of wonderful people with whom I’ve had the joy of sharing a gaming table. Over time, I’ve recognized there can be certain characteristics common among some players, so I am making a lighthearted and humorous attempt at describing them.

“There can be only one!” Stuck on a particular version of D&D (1e, 2nd edition, 5e, etc.) and absolutely refuses to play any other edition. Probably more common with earlier editions than newer ones.

It’s gotta be old school 1st edition or nothing at all. A variation of The Highlander in that they are particular to just one edition, but that edition must be old. There’s a 99% chance the Grognard is a middle-aged white guy with a beard who first played D&D in middle school somewhere between 1978 and 1981.

They’re more about the stuff than the game, and have rows and rows of sagging bookshelves to prove it. If it exists, it is their quest to possess it. They’ll own three different copies of The Village of Hommlet, at least two of which are in plastic, but have never actually run the module as a DM or played it as a player.

They’ll play any RPG regardless of brand, genre, or style. They approach The Collector status in that they’ll be the first to purchase core rule books for every game that comes out the day it hits the market, but unlike a Collector, for them it’s more about the acquisition than the possession (once they get it, they move onto the next squirrel, I mean game, that comes out).

They talk about gaming and are quick to refer to themselves as a gamer in their copious posts to social media. They wear all the coolest branded t-shirts and hoodies and have lots of pristine-looking D&D merch stylishly placed and overtly visible on the LED-lit shelving behind them in their numerous YouTube videos. But could they tell you the difference between a 1st edition and 5th edition dragon? Not if their life depended on it.

They love the game, every book and folio they own is legitimately and genuinely dog-eared and worn down, their dice have been rolled more times than Jenna Jameson, and they can quote rules and stats and game errata like a walking encyclopedia, but the one thing they possess more than anything else is body odor that would give a starving gnoll the dry heaves.

There are no doubt other gamer types, and some folks are blends of several. Over all, despite these tongue-in-cheek and well-meaning classifications, D&D gamers can be some of the nicest people you’ll ever meet, some of whom can become life-long friends.

Filed under: Gaming and Tagged: D&D, gaming
← Previous Next →