Turn Around When You Hit the Snow

Turn Around When You Hit the Snow 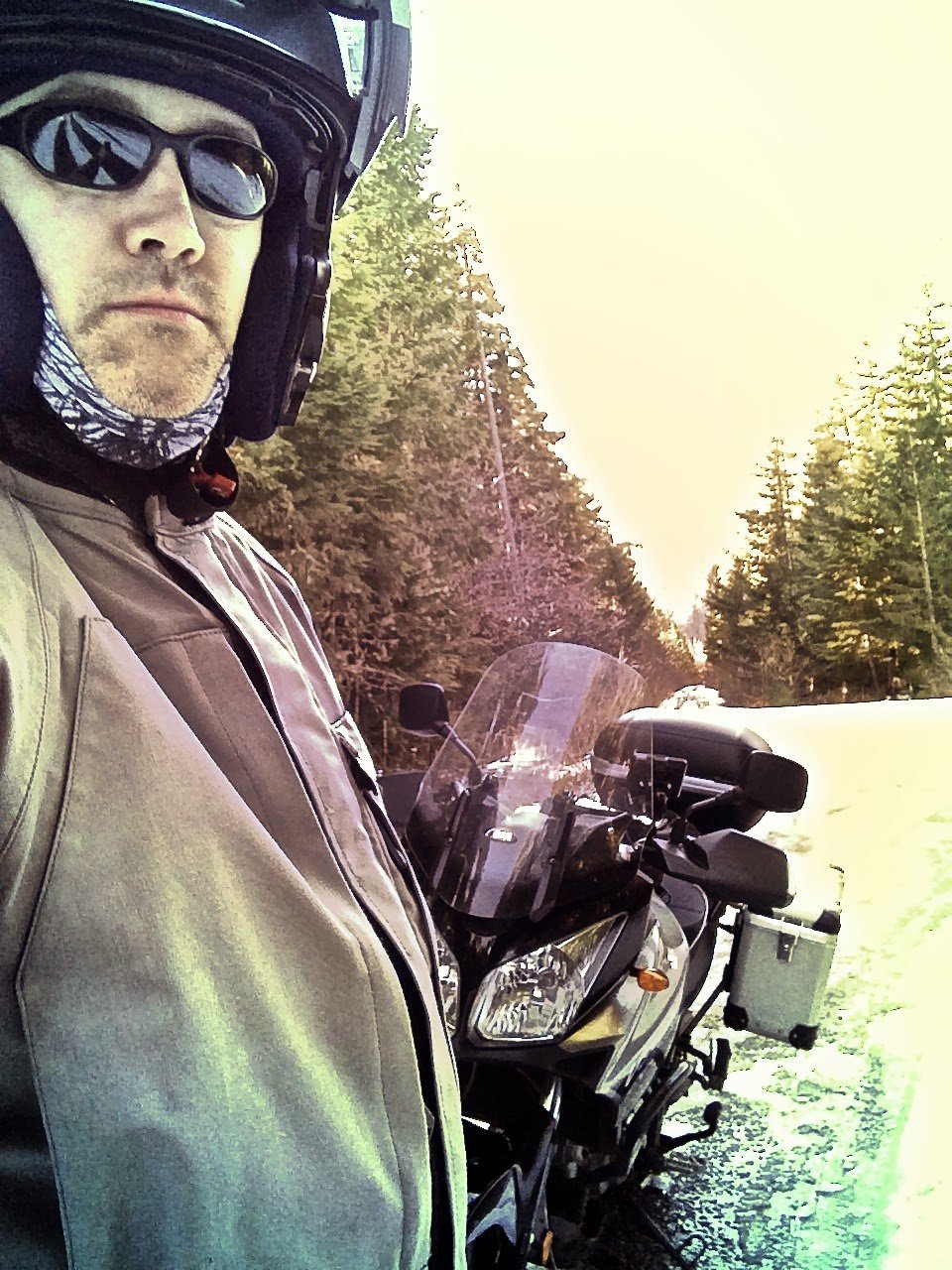 That’s what my wife always tells me, “Turn around when you hit the snow.” She should know. So should I, for that matter. A few years back, in the middle of June, her and I got stuck in a patch of snow that was only 20 yards across. It took us an hour of rocking the V-Strom back and forth and poking the snow with whatever sticks we could find. We dug with our hands, yanked, tugged, pulled, and pushed.

My V-Strom had Shinko 705 tires at that time. Although they are considered more of an 80/20 tire, and they do fantastic on rainy pavement, they aren’t very good in snow.

I have new tires now. Heidenau K60 “Scouts”, with a knobby 50/50 tread. They actually do very well in snow, but snow is snow and it’s still a slick proposition on a motorcycle regardless of tread.

This past weekend, I rode up the Clackamas River Highway east of Estacada, and turned right across the river up Memaloose Road. It was paved the whole way (except for a quarter-mile stretch of packed gravel), which was kind of a let-down. I wanted to get some more off-road practice. Once I was above 3,400 feet elevation, I started riding through patches of snow with bare lanes of pavement where truck tires go. I came to a junction with NF 4550 and it was covered with snow, and both roads leading away had snow as far as the eye could see.

So I turned around and headed back down toward civilization. On the way, I saw a gravel road going up a steep, rutted hill. I cut a hard right, stood up on the pegs, and climbed the hill. My Heidenau’s worked great and I navigated the ruts and slope with ease. It wasn’t a long climb, maybe 100 yards, so at the top I did a four-point turn and headed back down. Again, the Heidenau’s did a fantastic job of giving me good grip and control.

This off-road stuff is a lot of fun! 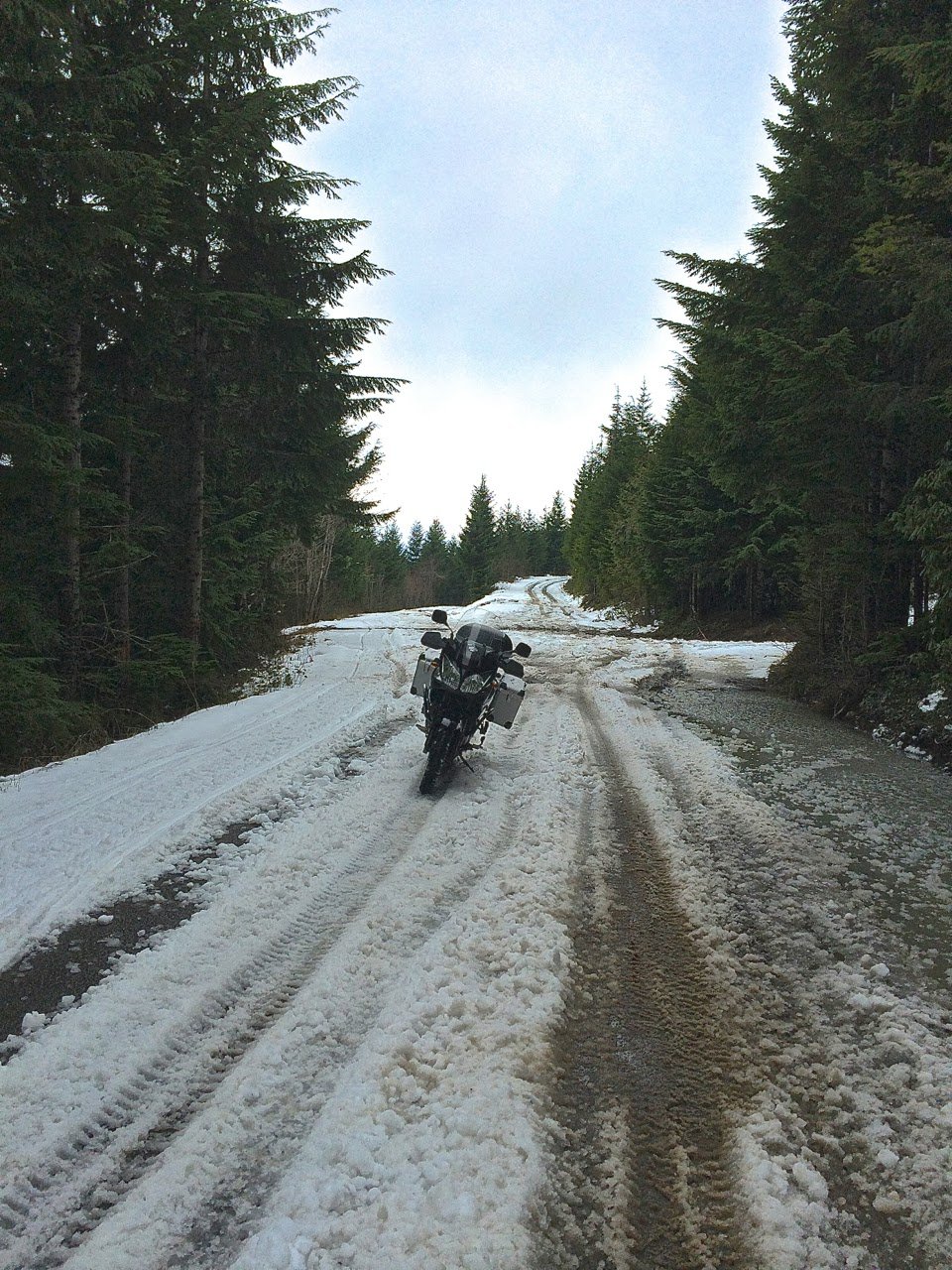